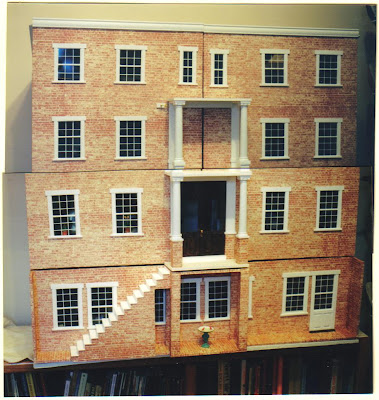 This is the desk in Mr. Brick's study.  I like how nice and masculine it all looks with the photo of a beloved, the guns, the box of cigars to the left, magnifying glass and letter holder (of which I made all but the guns).
I also made the desk out of matboard and faux-finished it.   The chair which can't be seen too well is one of my balsa wood and toothpick creations from my teenaged years - so - very - long - ago - now. 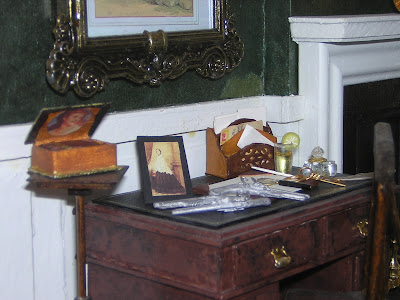 Here is another picture showing a bit more of the same scene, I made the portfolio also: 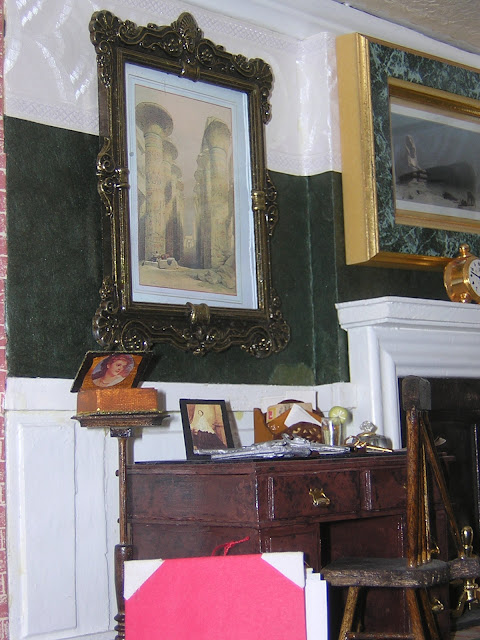 And last is a tantalus and two bottles of wine which usually sit in the back of the study but which I propped up in the master bedroom to get a picture of them.  The wine bottles were cheap wooden ones I painted black using acrylic gloss, gold on the tops and stuck labels on them.  The tantalus I made 2 of and fashioned from beads and bits of wood.  They look good enough in the back of a room! 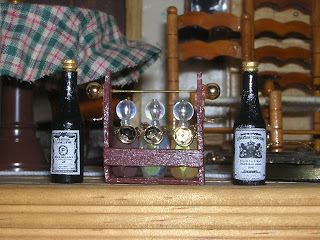 These are some pictures of one of my favorite rooms in Merebrick.   He is a Civil War veteran eternally writing his memoirs and cozily tucked away (just as he likes it) on the ground floor.  He won't use the new-fangled bathroom and performs all his abulations in his room.  His washstand is to the right and his shaving equipment sits on a small table between the 2 windows on the door. 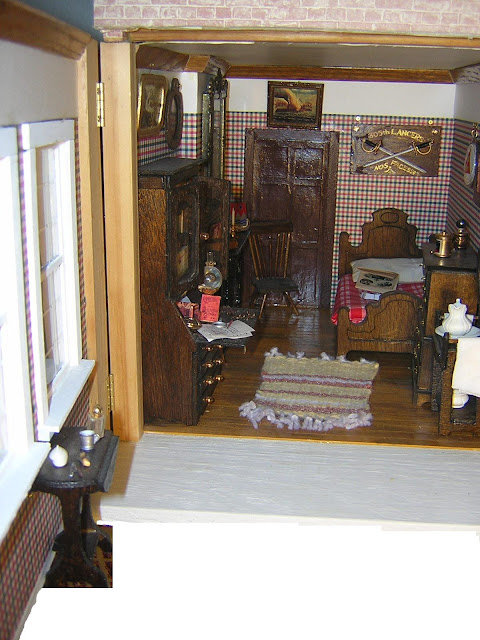 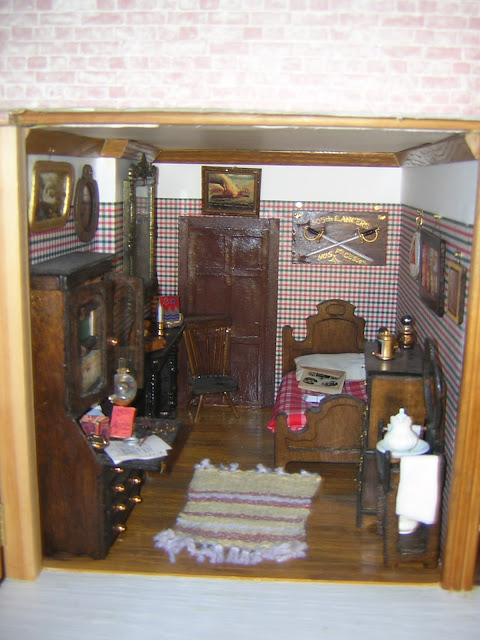 That small woven rug on the floor is something I made as a teenager back in 1976.

I put him in the fictitious 305th Lancers with their motto of "Nos Facesso" which is a close as I could find in Latin to "Can-Do" which was the motto of the 305th Air Refueling Wing I belonged to long, long ago.
He has a big photo of Robert E. Lee over his mantel.     Over in Port Brown, the kitchen house, they have a big painting of Abe Lincoln so it all evens out nicely!


Change of Wallpaper in Merebrick 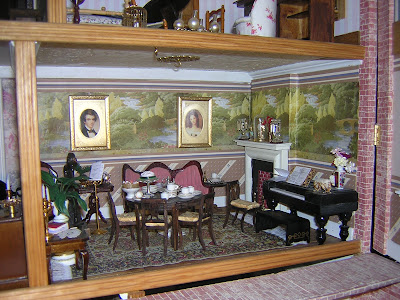 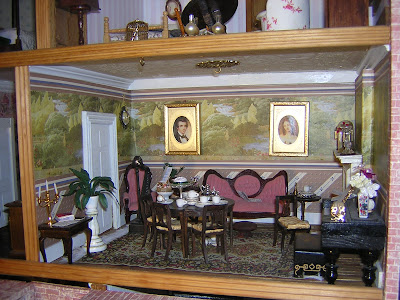 I have never been happy with the walls of the Merebrick parlor.   When I found some scenic papers online I decided I wanted that sort for the upper half of the parlor.   The door has yet to be done.


This is a small bedroom next door to the master bedroom in Merebrick.  I have only recently decided who will inhabit this room; it will be an elderly aunt.   But for now this how a corner of it looks.
The walls and such done in this room were done way back in 1997, I might change the paper but probably not soon.  My favorite item in this room is the cameo hanging over the bed.  That is one item that will not change in this room. 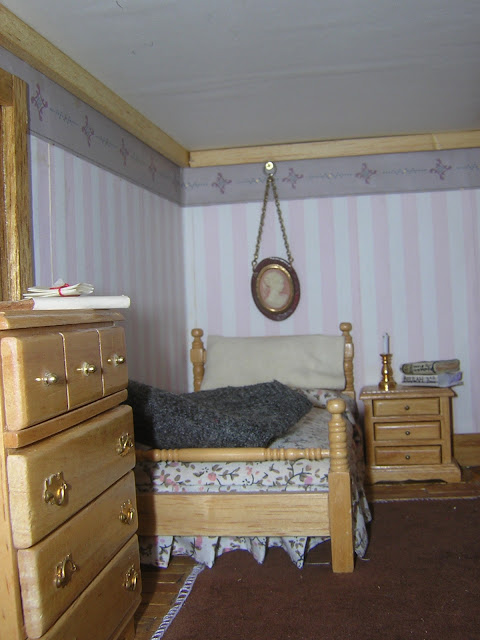